I posted this Baobab tree photograph on my facebook which I found on the internet and I entitled the post ‘Mr and Mrs Baobab’. One of the responses to this post was that the picture must have been photo-shopped to which I started to write a reply to explain that the title was merely a product of my imaginative humour upon seeing the picture, however, my reply touched on so many other related topics that I wanted to put it in a post of all of it’s own… 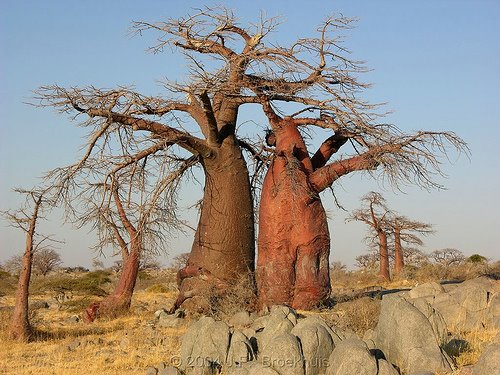 This photograph from the Baobab.com site is unlikely to be photo-shopped as it has © 2004 J.F. Broekhuis clearly written at the bottom. The article it appeared in has since been taken down however the same picture is featured on a Baobab health products website: http://www.ecoproducts.co.za/ verifying that the photograph is indeed real, and one can objectively observe that there is in fact male and female in everything, even within ‘The Self’ (just like the yin yang symbol), and in embracing this concept it is not so hard to embrace it in one’s perspective of the World.

Indeed the duality of male and female energy is evident in all of Nature and it is the co-joining and dove tailing of these energies which procures the procreational sustainment of everything that is alive today. Perhaps in order to acknowledge this duality in other life forms more fully it must first be embraced within oneself, as a natural being. 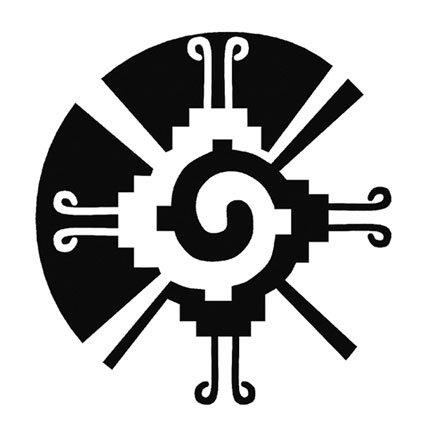 The Native American Indian Peoples considered trees to have the status of ‘standing people’. I myself indeed consider them to be ‘Towers of Wisdom’ in my 1997 poem ‘Forest’: https://ipoem.co.uk/1997/07/05/forest/

For apart from being natural objects of beauty they the are also the keepers of our atmosphere, purifiers of oxygen (digesting more than 50% of our CO2 emissions), the lungs of the planet, the provider of fruits, seeds, nourishment, healing, blossoms, fragrance, building materials, paper, home for countless forms of wildlife and they provide healthy soil for agriculture so therefore as a living, breathing entity, trees deserve a much greater respect for the role they play.

Ultimately by destroying the planet’s Forestation we destroy ourselves too, with ten football stadiums worth of forest disappearing daily and now in Brazil with the proposed size of the entire UK to be flooded to build the third largest hydroelectric plant in the world. Unfortunately the petition had little effect and is now closed but one can still verbalise ones displeasure here: http://action.wwf.de/ea-action/action?ea.client.id=1726&ea.campaign.id=12987.

Trees are key not only to human survival but also to planetary survival. No wonder the chief of the Kayapo tribe broke down in tears when he heard that the new president of Brazil, Dilma, had approved plans to build this huge hydroelectric plant which will flood over 400,000 hectares of forest. For Little Brother knoweth not the consequences of his actions in the bigger scheme of things, such is the disconnection between Westernised peoples and the Land which supports them.

More than 40,000 tribes people will be made homeless plus the willful destruction of the natural habitat, wildlife, deforestation and the disappearance of many species to boot.

Mountain pine beetles are destroying huge amounts of forest in the USA and Canada due to the rise in winter temperatures. Some estimates predict that by 2013, 80% of the North American forests could be gone. In addition, we are losing forests that otherwise provide a carbon sink for our production of greenhouse gases, and as the trees die, they emit more Carbon Dioxide back into the atmosphere. Nothing, except very cold winter weather, will stop the beetles. http://www.wildvisions.net

The Kogi tribe tried to warn ‘little brother’ in 1989 about acid rain and other ecological related problems by inviting the BBC to film a documentary with Alan Ereira about what was happening to their coastal mountain region:

“Up to now we have ignored the Younger Brother. We have not deigned even to give him a slap. But now we can no longer look after the world alone. The Younger Brother is doing too much damage. He must see, and understand, and assume responsibility. Now we will have to work together. Otherwise, the world will die.” Kogi Mama

This documentary had no effect and so now more than twenty years later a second warning has been filmed also with Alan Ereira about the imminent demise that they can foresee.

More about the Kogi People (Bard of Ely – blog)

I believe that this second documentary will also have little effect as the changes which need to be made must be implemented by the government, (and not just our government but all governments all around the world), the problem being that governments are only concerned with the growth of the economy and not at all concerned with the conservation of the environment, recently pushing through proposed plans for a £32bn high speed train line that cuts straight across ‘areas of outstanding natural beauty’ and private land: http://www.bbc.co.uk/news/uk-16017413 despite protests to the contrary whilst at the same time making sweeping cuts to the most vulnerable sectors of the public.

No government leader has ever experienced what it is like to have been homeless, without family, disabled, dependent upon benefits, dependent upon social care, has had no life threatening, changing or challenging experiences and so therefore, is not qualified to put themself in the shoes of the population of Britain, half of whom are women, who are still even now under represented as are most indigenous peoples.

In The Ecologist Article 10th February, 2010, we can see here how major brand names such as: Boots, KFC and McDonalds ignore rainforest destruction survey in preference of business as usual – : http://www.theecologist.org/News/news_round_up/413848/boots_kfc_mcdonalds_ignore_rainforest_destruction_survey.html

The world’s trees and forestation are under valued, unprotected and taken for granted, treated as a consumer product instead of a valuable life form which plays an important role in the planet’s eco system. Indeed, almost all other forms of life outside of the white male genre are either monatised, neglected or persecuted in the pursuit of status, power or pleasure.

The Westernisation of the world appears to be an en mass homogenisation process through industrialised consumerism resulting in a global narcissistic disrespect towards our natural habitat, reflecting a lack of love and respect for anything beyond the ‘I’ and the ‘I want’ and ‘I want it now’.

However, when one observes Swans, Penguins and Sea Horses in the natural environment to be monogamous – (observe the subtle and beautiful intimate love dance of the seahorses in this Etta James tribute), and also Ducks, Eagles, Foxes, Geese, Gibbons, Lynx, Marmosets, Mountain lions, Wolves, Jackals, Beavers, Otters, Turtles, Cranes, to also be monogamous, that indeed, LOVE does infact exist for other creatures out side of the Human Spectrum.

In this 1996 poem: Love Is: https://ipoem.co.uk/1996/07/04/love-is/ I attempt to explain the concept that “Love is the energy that holds everything together, the glue of the universe, by loving ourselves we may learn to recognise the divinty in all things, in all beings, all creatures and all plant life…”.

And so if such loving loyalty can be expressed in the animal kingdom then why not of the flora and fauna kingdoms? Especially having personally observed the ancient oaks in the nature reserve in Kent where I once performed some poetry at the Harvest Festival Party, where there were definite male and female personas. (I intend to go back there with my camera so watch this space.)

And not only the expression of love and loyalty but also evidence of free thinking intelligence and creativity amongst the animal kingdom as confirmed in this new BBC1 documentary series: Super Smart Animals: http://www.bbc.co.uk/programmes/b01by4w1

What 2012 needs to see is the emergence of a deeper level of responsibility towards Earthly affairs beyond the man-made arena of greed-centered commerce so that the world’s nations understand that we are all co-curators of Planet Earth, and that we all have a valuable part to play in this joint-responsibility, to take greater care of our only home in this solar system, to cultivate eco-centered sustainable business with a deeper level of intuition and sensitivity which in turn develops into a greater sense of fairness in all worldly affairs and therefore a greater sense of Reverence for all things natural.

1995 Environmental Awareness: “What is within is reflected without.” https://ipoem.co.uk/1995/06/03/environmental-awareness/

1. Remain close to the Great Spirit.

3. Give assistance and kindness wherever needed.

4. Be truthful and honest at all times.

6. Look after the well being of mind and body.

7. Treat the earth and all that dwell there on with respect.

8. Take full responsibility for your actions.

9. Dedicate a share of your efforts to the greater good.

10. Work together for the benefit of all man kind.

Chief Seattle’s speech of 1854 :: No Quiet Place :: audio only http://www.halcyon.com/arborhts/chiefaudio5.mp3